Creators of performance with professionalism and unrelenting spirit, people who spearhead a successful and united organization with an open mindset – These are the people at Doosan who grow with the company.

In many companies, either domestic or international, a new recruit can only play a limited role. At Doosan, we provide an environment where new recruits have opportunities to lead and grow. Of course, it comes with certain responsibilities and challenges, but Doosan is a company where people can grow in the process of business and create an infinite number of opportunities for themselves.

Since joining Doosan, my career has been very dynamic, adding Strategy, Overseas Marketing, Overseas Sales, Manufacturing Technology, and working in a U.S. office to my record. Before I knew it, I had been spending more time working in the U.S. than in Korea. Doosan is a company that changes faster than any other. Constant challenge was one of the things that attracted me the most to Doosan. Doosan can present you with new businesses, new roles, and new assignments, or you can create your own. It became the foundation on which the company and I grew together. The reason I was never bored working for Doosan was because it has come through fast changes and various challenges it presented me. 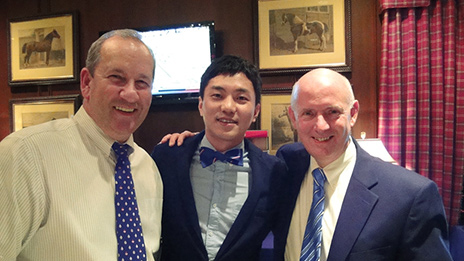 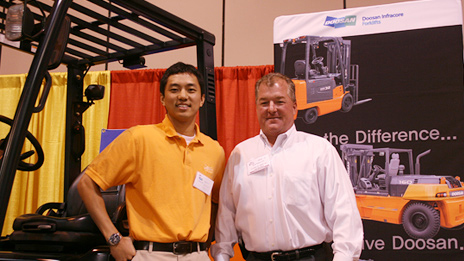 We hosted an event called “Visit Korea” for outstanding dealers in North America, which was the biggest VIP event that my team had hosted in five years. The guest list included CEOs of important dealerships whose businesses generated 700 million dollars a year and who probably were very savvy business travelers. To make this a successful event, teams in North America worked hard and those working in other regions also volunteered to help. Thanks to everyone’s dedicated effort, we were honored at the end of the event with a toast by a dealer who commented, “Among all the events I have attended, this was the best organized, extremely satisfying event and it was amazing to see staff thinking of even the smallest details.” This led to our dealers chanting, “Doosan! Doosan! Doosan!” at the dinner. Since this event, we were able to build greater trust with our dealers and it showed in our business performance. The reason this event left such a big impression for me is that it all began from a staff’s proposal, not an order from the top, and the extraordinary teamwork that my colleagues demonstrated regardless of their job or regions.

Stories of other Doosan people

DSIV develops advanced products and provides an excellent after-sales service as part of its strategy for ensuring ‘Doosan Forklift’ is recognized as the world’s leading forklift brand.

This introduces a variety of sharing activities by Doosan Industrial Vehicle.

DIV is promoting shared growth under the banner of “establishing a 'virtuous cycle partnership' to share growth with suppliers” to strengthen its global competitiveness.